“In short, if you allow children to attend the Drag Fans drag show at your facility, you are putting your license in jeopardy,” a letter from the Department of Business and Professional Regulation stated.

TALLAHASSEE, FLORIDA — The state of Florida has once again taken action in response to businesses hosting sexualized events open to minors.

Melanie Griffin, Secretary of Department of Business and Professional Regulation (DBPR), sent a letter to the owners of the James L. Knight Center in Miami on Tuesday and the Plaza Live in Orlando on Wednesday stating that the DBPR would take legal action if minors were permitted entry to “A Drag Queen Christmas.”

“A Drag Queen Christmas” is a national tour that features hypersexualized performances from men cross-dressing as women. The shows were advertised by many host venues – including the James L. Knight Center and Plaza Live – as available for “all ages.”

The letters swiftly followed a statement acknowledging the DBPR had begun investigating a tour stop in Fort Lauderdale on Monday evening. Conservative activist Chris Nelson recorded segments of the performance at Broward Center and posted a video on Twitter in which he is escorted out of the venue by police after protesting the inclusion of children. The tweet had garnered more than 2.3 million views as of Wednesday morning.

“PUTTING YOUR LICENSE IN JEOPARDY”

After pointing out the inappropriate nature of the show and existing Florida laws that protect children against lewd activity, Secretary Griffin’s letter threatened to remove the Knight Center’s license if the venue admitted children.

“To avoid action being taken against your license, it is your obligation to ensure that minors are prohibited from attending the Drag Fans drag show. If minors are allowed to attend this drag show, the Department will take any and all actions available to ensure that you do not pose a threat to minors in the future,” Griffin wrote. “In short, if you allow children to attend the Drag Fans drag show at your facility, you are putting your license in jeopardy.”

Another male performer asked a 9 and 10-year-old: “Are you having fun, are you enjoying it, are you confused yet?”

The James L. Knight Center did not immediately respond to a request for comment. However, the event description on the venue’s website was updated after The Florida Standard requested comment last week. Previously, the site advertised “A Drag Queen Christmas” as an “All-Ages show but may contain adult content.” The description was changed to say: “Adult content. Recommended for audiences – 18+.  Minors must be accompanied by an adult.”

The Plaza Live also did not respond to a request for comment last week. As of Wednesday afternoon, the venue’s website was still advertising the event as “All ages welcome.”

Some users on Twitter pointed out that parents bear the primary responsibility for bringing children to the event, while others asked why more Republican governors weren’t taking similar actions.

Conservative influencer Robby Starbuck offered his commentary on the letter, tweeting: “This is how you stand up to this lunacy. @GovRonDeSantis is going on offense to protect children in his state. Every other state should follow this lead until their legislatures are able to explicitly ban these all ages drag shows in all forms.”

“When my reporting exposed this show in Texas, you know who didn’t say anything? @GovAbbott Why is Florida leadership so much more competent?” Hansen tweeted in response to news of the DBPR letter.

In July, DBPR filed a complaint against a bar in Miami that hosted a drag show and permitted entry for minors, according to NBC 6 in South Florida. The complaint stated that having children at these sexualized events “corrupts the public morals and outrages the sense of public decency.”

DeSantis told reporters: “Having kids involved in this is wrong. That is not consistent with our law and policy in Florida and it is a disturbing trend in our society to try to sexualize these young people. That is not the way you look out for our children. You protect children, you do not expose them to things that are inappropriate.” 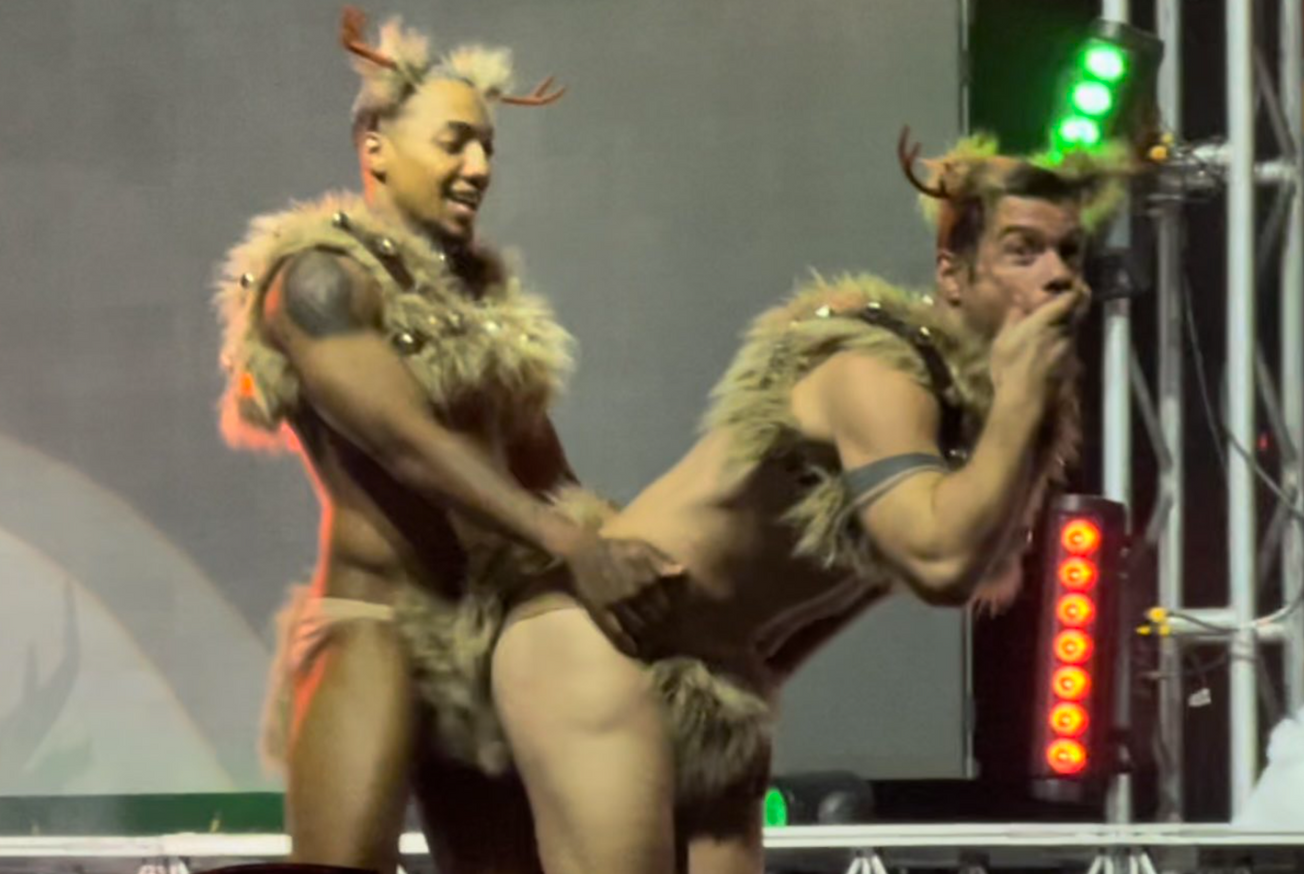 Investigation Launched After “All Ages” Drag Show in Fort Lauderdale